October 30th saw Frank & Averil Moore take on the challenge of the Dublin Marathon in memory of their daughter Hollie’s partner Daniel “Burkey” Burke who died suddenly on the of 12th June 2022, aged 25. RIP.

A huge challenge and an emotional day for both families. Frank & Averil were supported on the day by the Burke family.

The incredible sum of €18,426.20 was donated in Daniel’s memory. Heartfelt thanks to both families, friends and colleagues for their generosity supporting our work. 𝓣𝓱𝓪𝓷𝓴 𝓨𝓸𝓾 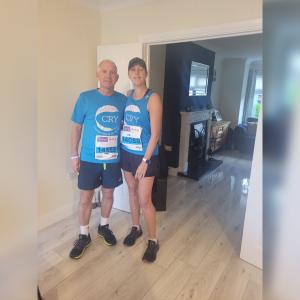 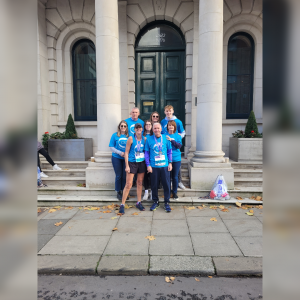 We use cookies on our website to give you the most relevant experience by remembering your preferences and repeat visits. By clicking “Accept”, you consent to the use of ALL the cookies.
Cookie settingsACCEPT
Manage consent

This website uses cookies to improve your experience while you navigate through the website. Out of these, the cookies that are categorized as necessary are stored on your browser as they are essential for the working of basic functionalities of the website. We also use third-party cookies that help us analyze and understand how you use this website. These cookies will be stored in your browser only with your consent. You also have the option to opt-out of these cookies. But opting out of some of these cookies may affect your browsing experience.
Necessary Always Enabled

Advertisement cookies are used to provide visitors with relevant ads and marketing campaigns. These cookies track visitors across websites and collect information to provide customized ads.

Analytical cookies are used to understand how visitors interact with the website. These cookies help provide information on metrics the number of visitors, bounce rate, traffic source, etc.

Other uncategorized cookies are those that are being analyzed and have not been classified into a category as yet.

Performance cookies are used to understand and analyze the key performance indexes of the website which helps in delivering a better user experience for the visitors.