THE FIELDS OF LANSDOWNE ROAD

When it comes to selecting her favourite Lansdowne Road memory, Orla Foley has a few to pick from.

Orla’s Brother Anthony Foley Ireland’s debut in 1995, when he scored a consolation try against England, came close, but she quickly plucked for a game almost a decade later.

“Ronan O’Gara’s try… the Heineken Cup semi-final against Leinster in 2006, that’s my favourite game,” she smiles.

Orla is quick not to rub salt in the wounds of the opposition who welcome Munster to Dublin today though. “I support all four provinces, really! I find I can’t be shouting for them in green, and not when they’re playing for their provinces… I like to see all the provinces do well.

“I’ll never forget how Leinster wore Number 8 shirts in 2016 after Anthony died (due to Sudden Cardiac Death) and brought a Munster jersey into the dressing room. That was the day of the funeral and looking at it on TV was unreal. Leo Cullen always speaks so well of Anthony and so fondly too, and that means the world.

“I’ll never forget either, how Johnny Sexton – after he scored that famous drop goal against France to win the Six Nations – sent his jersey to Anthony’s boys with a beautiful letter. The rugby family in Ireland,

from Ulster, Connacht, Leinster and Munster has a special connection. You get to meet people from all walks of life and I’ve been given lovely memories of what Anthony meant to many over the past few years.”

The last time Orla was in the Aviva Stadium, it was to hear Hermitage Green singer, and former Munster player, Barry Murphy launch his song ‘Alone You Stand’, in tribute to Anthony Foley to raise vital funds for CRY Ireland, Mid-Western Cancer Foundation and the children’s charity CARI.

But she won’t walk down Lansdowne Road today, instead she’s cycling in France as part of her fundraising ‘Orla’s Wild Ways’ tour that began almost two years ago when she cycled the coast of the Wild Atlantic Way.

Orla’s Wild Ways is in memory of Anthony Foley, and has raised over €30,000 already for three charities including Leinster’s charity partner for May, CRY Ireland (Cardiac Risk in the Young / CRY), which  facilitates free access to cardiac assessment and provides free support and counselling services for families that have been affected by the loss of someone to Sudden Cardiac Death.

“I was only in Dublin a couple of weeks ago to get my own heart check – I do it every few years because of history in the family,” Orla said.

“CRY has a new centre in Dublin, with a helpline that wasn’t there for us – it’s lovely that it’s there for others now, the helpline really goes that extra mile. 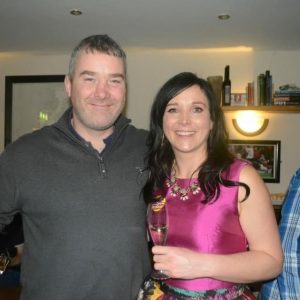 Are you good at listening? ...

We use cookies on our website to give you the most relevant experience by remembering your preferences and repeat visits. By clicking “Accept”, you consent to the use of ALL the cookies.
Cookie settingsACCEPT
Manage consent

This website uses cookies to improve your experience while you navigate through the website. Out of these, the cookies that are categorized as necessary are stored on your browser as they are essential for the working of basic functionalities of the website. We also use third-party cookies that help us analyze and understand how you use this website. These cookies will be stored in your browser only with your consent. You also have the option to opt-out of these cookies. But opting out of some of these cookies may affect your browsing experience.
Necessary Always Enabled

Advertisement cookies are used to provide visitors with relevant ads and marketing campaigns. These cookies track visitors across websites and collect information to provide customized ads.

Analytical cookies are used to understand how visitors interact with the website. These cookies help provide information on metrics the number of visitors, bounce rate, traffic source, etc.

Other uncategorized cookies are those that are being analyzed and have not been classified into a category as yet.

Performance cookies are used to understand and analyze the key performance indexes of the website which helps in delivering a better user experience for the visitors.